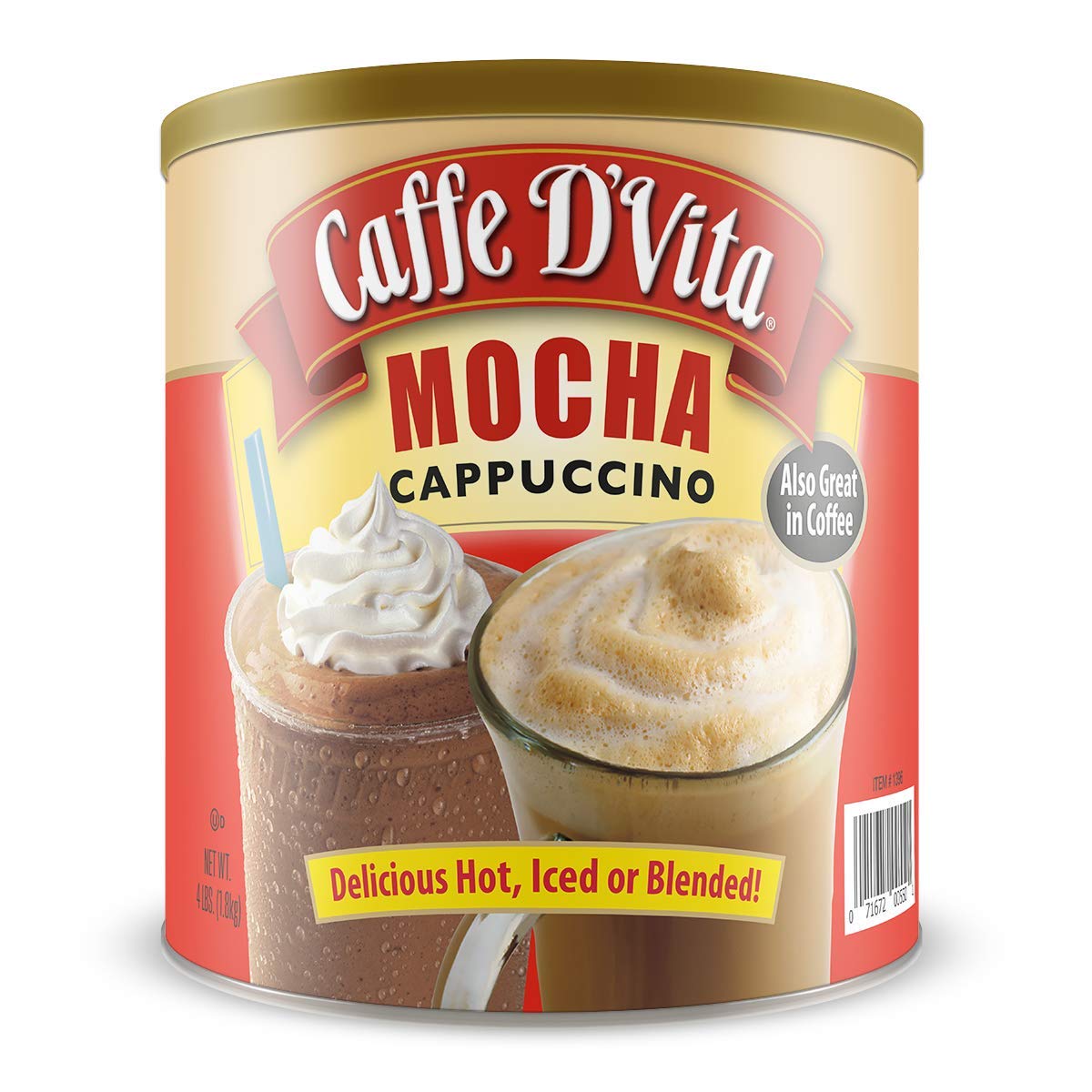 Nothing goes together like chocolate and coffee. This classic flavor combination is perfect at any time of the day. Our Coffee and premium ingredients create a rich and creamy flavor experience you can enjoy with family and friends. 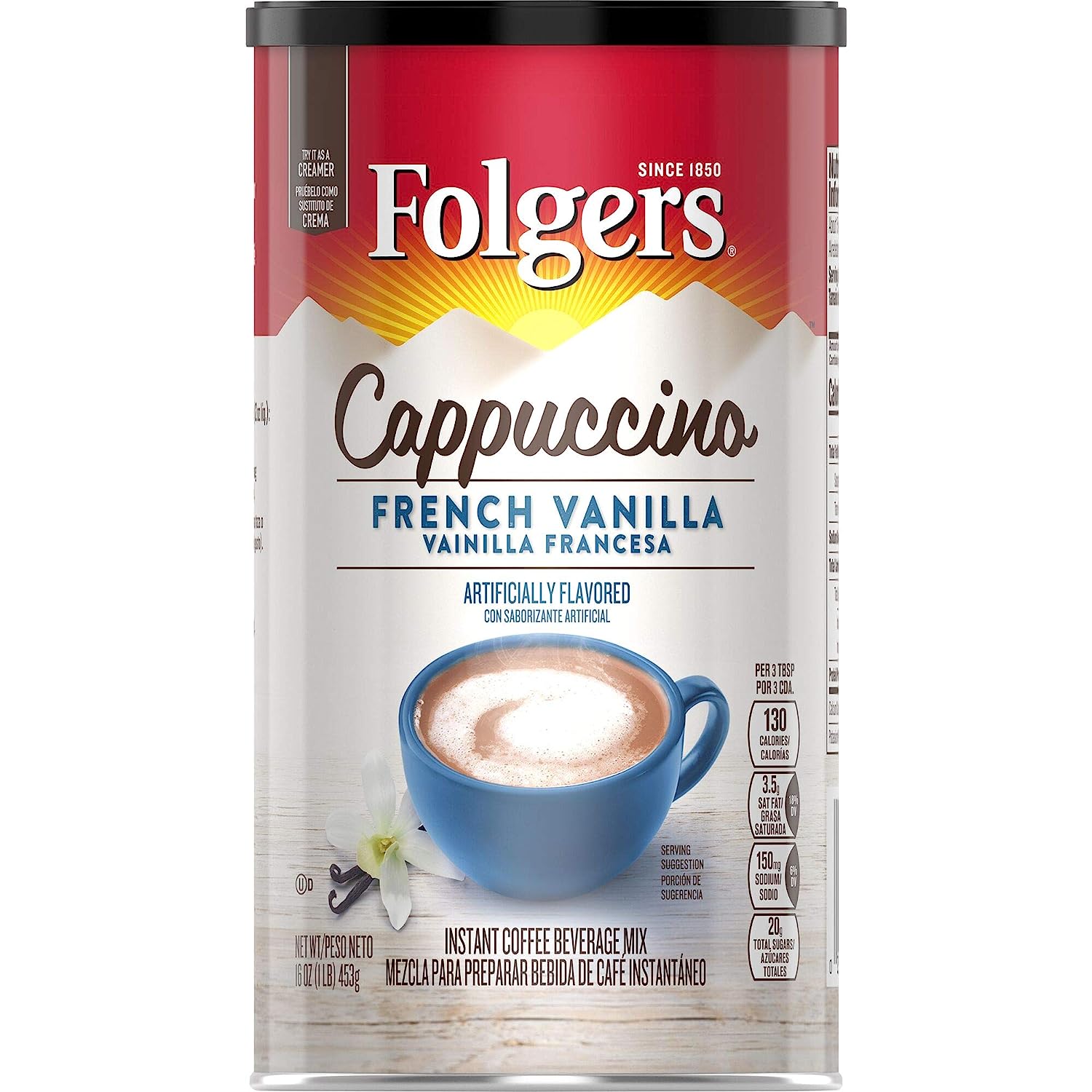 Folgers has created a rich, delicious blend of sweet vanilla flavor and smooth, creamy coffee for their French Vanilla Cappuccino. Create this delicious coffee beverage at home simply by adding hot water. Folgers is the best part of wakin’ up.

In 1849, while in San Francisco trying to earn enough money to head out and mine for gold, James A. Folger was hired by an entrepreneur named William H. Bovee, who needed a carpenter to build a coffee mill in San Francisco, which he called the Pioneer Steam Coffee and Spice Mills. Prior to the Pioneer Steam Coffee and Spice Mills, Californians were purchasing green coffee beans, which they roasted and ground in their homes. Bovee saw an opportunity and inaugurated the production of coffee ready for the pot: roasted, ground, packaged in small tins, and identified by the Pioneer labels. After working at Bovee’s mill for close to a year, James had saved enough money to stake a claim and headed out to mine for gold. He agreed to carry along samples of coffee and spices for Bovee, taking orders from grocery stores in the mining country until he arrived in a town called Yankee Jim’s in 1851.

Upon his return to San Francisco in 1865, James became a full partner of the Pioneer Steam Coffee and Spice Mills. In 1872, James bought out the other partners, renaming the company J.A. Folger & Co. In June 1889, at the age of 51, James passed away and his oldest son, James A. Folger II, stepped into the role of president. Under his leadership, the company expanded dramatically. Its principal product was bulk-roasted coffee, which was delivered to grocery stores in sacks and drums and was stored in bins to be scooped out for the customer. But J.A. Folger & Co. also continued to produce ground coffee.

In the 1900s, Folgers & Co. experienced substantial growth, attributable primarily to an energetic salesman named Frank P. Atha. Atha was assigned to sell coffee in the North Beach area of California, where many small grocery stores served the cosmopolitan population. In 1901, after a year on the job, Atha decided that his territory was not large enough for his ambitions. He proposed to Folger that he open and manage a Folgers coffee plant in Texas. Atha’s business grew exponentially, and by year two, he was able to hire two more salesmen and rent office space. In 1908, Atha recommended building a new roasting plant in Kansas City, which remains operational to this day.

In 1963, the Procter & Gamble Company of Cincinnati, Ohio, acquired the Folgers Coffee Company and began national distribution of the products under the name Folgers. Since P&G acquired Folgers, it has doubled its business, making it America’s number one coffee brand.

About Proctor & Gamble
Two billion times a day, Proctor & Gamble brands touch the lives of people around the world. The company has one of the largest and strongest portfolios of trusted brands in the world, including Pampers, Tide, Ariel, Always, Pantene, Bounty, Folgers, Pringles, Charmin, Downy, Iams, Crest, Actonel, and Olay.

It all started in 1837 when William Procter and James Gamble settled in Cincinnati. Procter quickly established himself as a candle maker, while Gamble apprenticed himself to a soap maker. The two might never have met had they not married sisters, Olivia and Elizabeth Norris, whose father convinced his new sons-in-law to become business partners. In 1837,a bold new enterprise was born: Procter & Gamble. By each pledging $3,596.47 to the new venture, they began selling soap and candles. Twenty-two years later, their business exceeded $1 million in sales. By 1980 that figure would reach $10 billion, and by 1993 the company would generate over $35 billion in revenue.

Folgers has created a rich, delicious blend of sweet vanilla flavor and smooth, creamy coffee for their French Vanilla Cappuccino. Create this delicious coffee beverage at home simply by adding hot water. Folgers is the best part of wakin’ up. 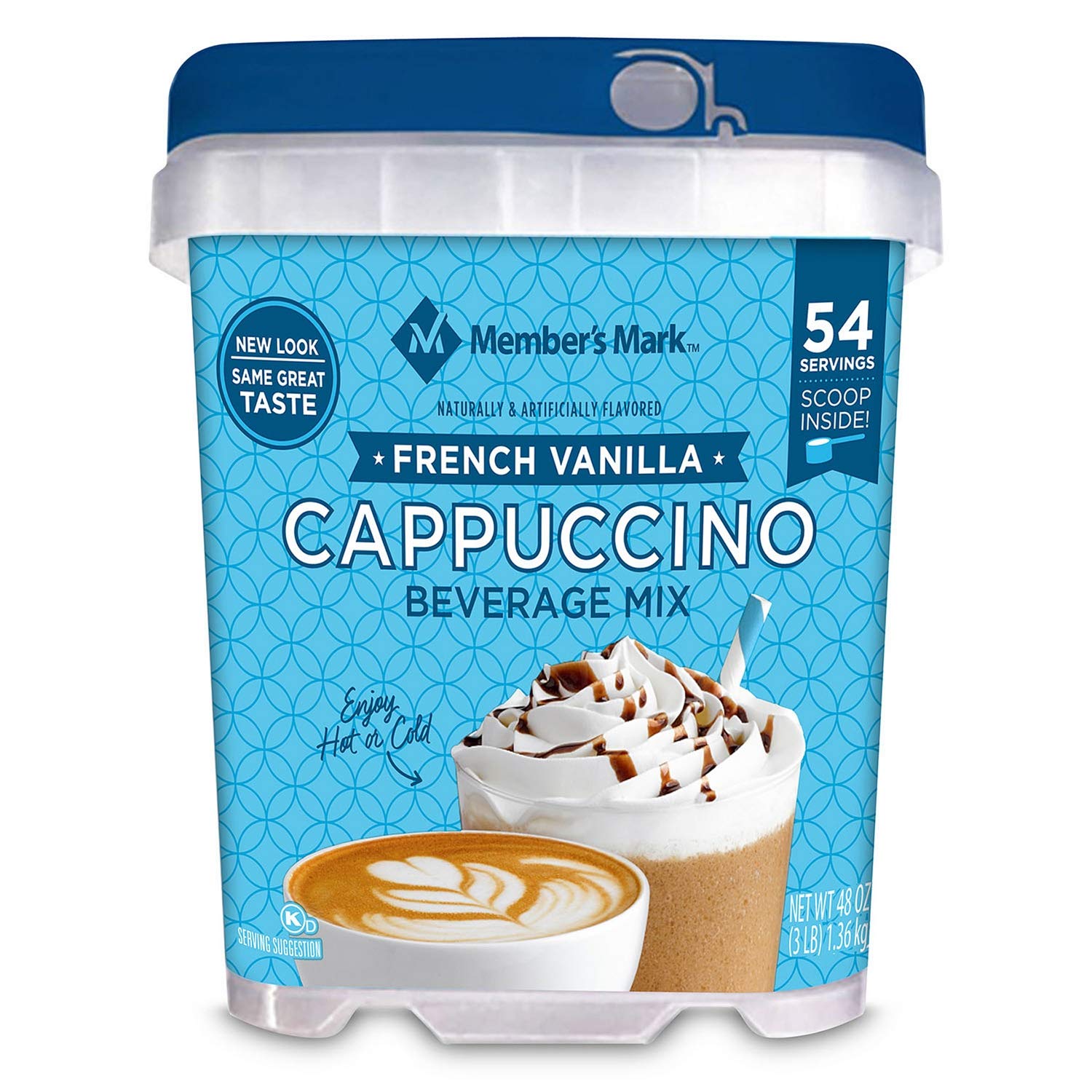 Members Mark French Vanilla Cappuccino Beverage Mix includes a pre-measured scoop. Get the satisfaction of a hot piping cup of cappuccino without the mess or fancy equipment. It’s ready in an instant! 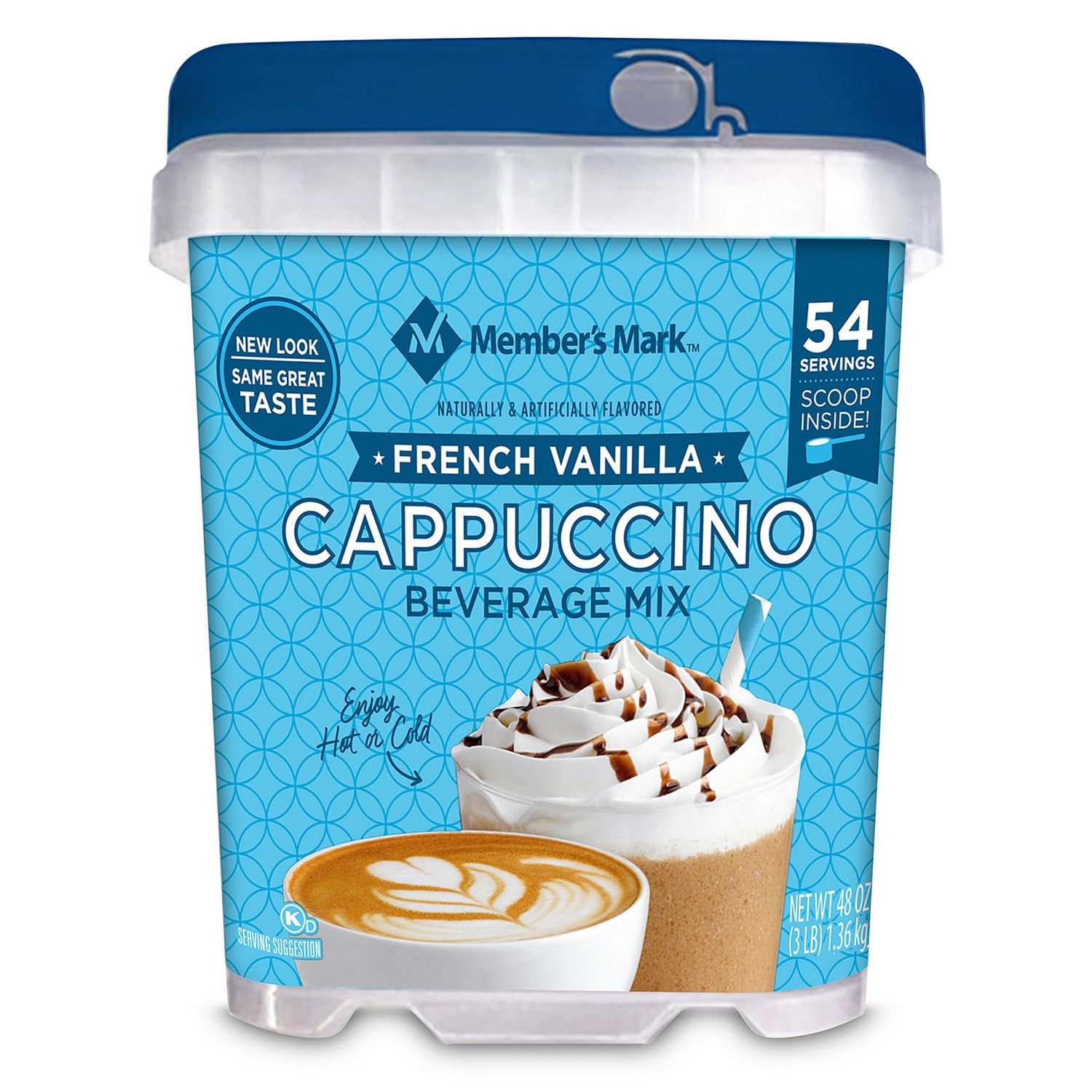 Perfect for hot or cold beverages, you’ll love Member’s Mark French Vanilla Cappuccino Beverage Mix. With a pre-measured scoop, the instant-ready mix is easy to use and serve. 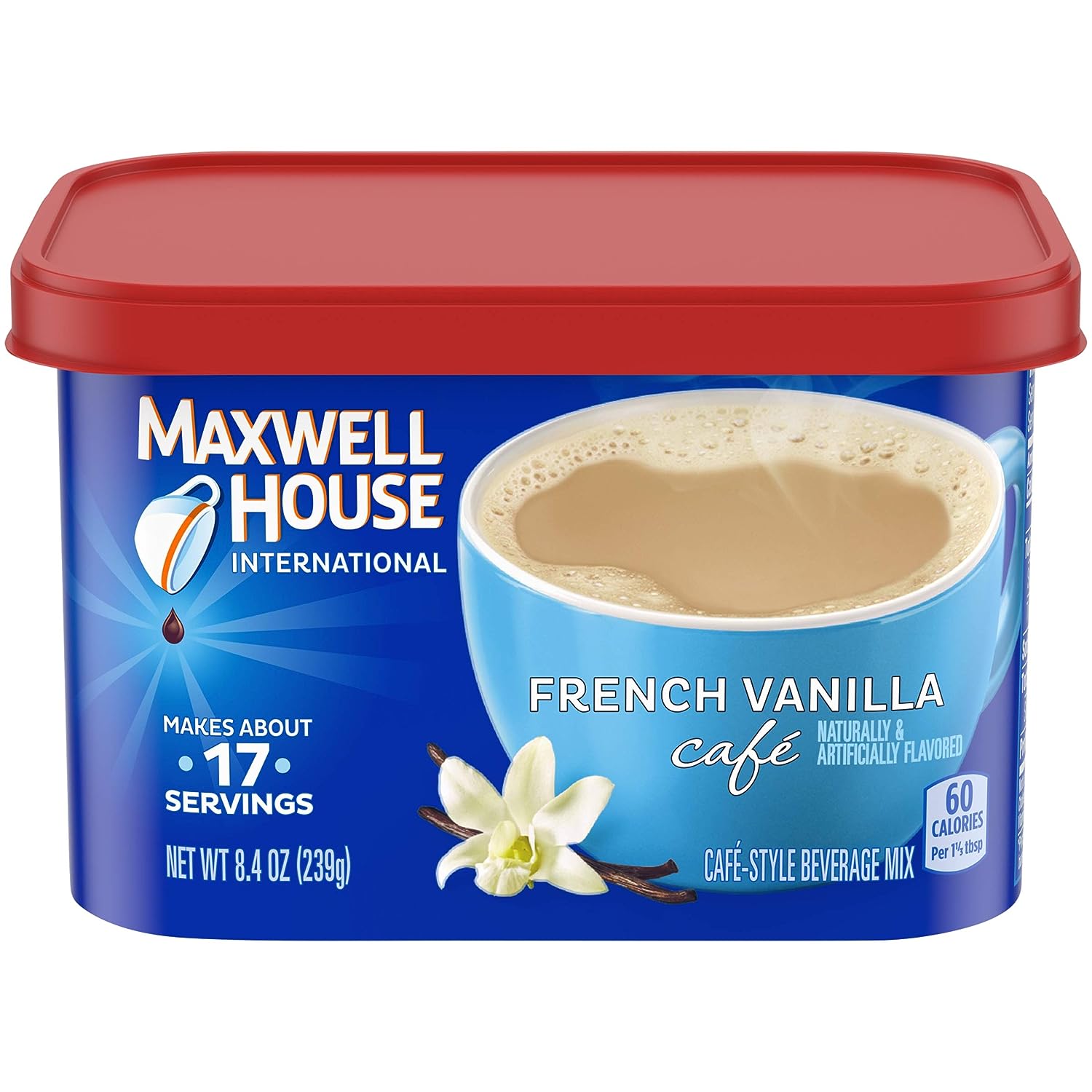 Maxwell House International French Vanilla Cafe Beverage Mix has a consistent signature taste that is good to the last drop. This French vanilla coffee mix is exceptionally smooth and is the perfect way to treat yourself any time of day. This cafe style beverage mix contains instant coffee mixed with creamy vanilla flavor for an indulgent taste. Simply mix boiling water or hot milk with this vanilla flavored coffee mix without a brewer for instant indulgence. Maxwell House coffee drink mix is packaged in a 8.4 ounce resealable canister to help lock in flavor between uses. From lively light roasts to full bodied dark blends, Maxwell Houses signature taste is created through a process that isnt done the easy way, but the right way, for 125 years. 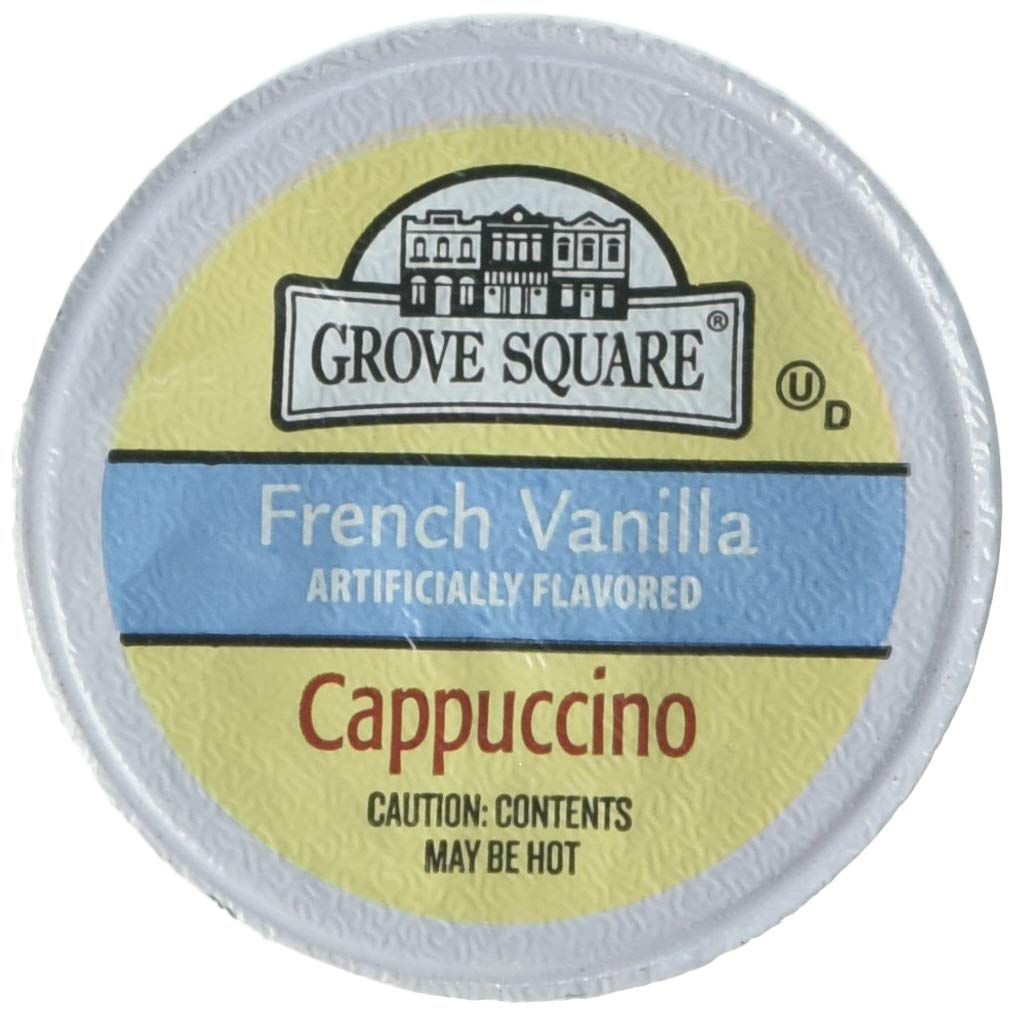 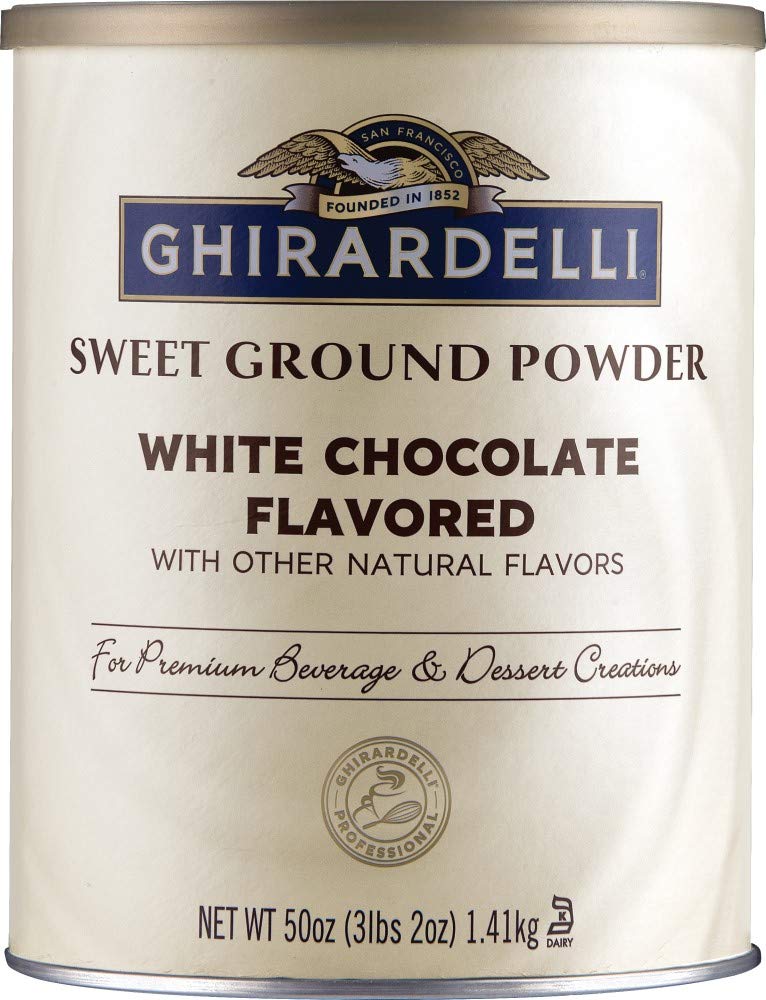 Ghirardelli’s Sweet Ground White Chocolate flavor mix offers a wonderfully rich and complex white chocolate flavor. Serve as a hot or cold beverage, or use in your favorite recipes for a sweet, rich taste that’s unforgettable. Simply combine with espresso

By our suggestions above, we hope that you can found Bunn Cappuccino Mix for you.Please don’t forget to share your experience by comment in this post. Thank you!

The Best Reynolds Wrappers Pop Up